Bug: Text Not Lining Up With Images

I've gotten this several times now but after a while the issue would disappear and I thought maybe it was just my imagination or something. But then the bug would appear again.

Somehow the text and image would not line up for the badges and the privileges. Take a look at the image below: 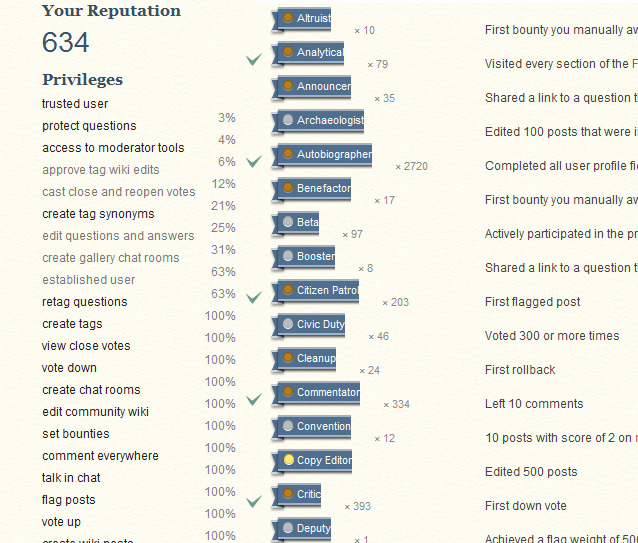 The text seems to skew lower than what it is suppose to correspond to. And if I'm not mistaken part of the badge image seem to be cut off.

Note: I am using Windows 7 with IE8. I will test it on Firefox and Chrome later.

Welcome!
This site is for discussion about Seasoned Advice. You must have an account there to participate.
Help

1
bug in inline links in comments.
0
Performance while typing (after site redesign)
5
Focus after comment - bug
1
Triangle next to username not displayed on Android
5
Text for a closing reason for culinary uses questions
2
Odd lines appearing under images