Ask Question
Asked 11 years ago
Modified 4 years, 9 months ago
Viewed 172 times
4
This question already has answers here:
We need to make our tags consistant by picking a country's terminology to use for them (3 answers)
Closed 4 years ago.

I think that no matter what we do, somebody is going to get upset.

Biscuit is, roughly, the UK term for what North America refers to as a Cookie. Unfortunately, the term biscuit also has a completely different meaning in North America, which is essentially a scone.

So if we say not to use biscuits for questions about cookies (NA) then it'll send our UK members into a tizzy. But if it continues to be used, then it's just going to cause confusion when people have questions about tea biscuits and other types of (NA) biscuits.

It's usually in these situations I suggest that the ambiguous tag should never be used at all, instead using synonyms that aren't ambiguous. But I don't know of any other term that's going to make any sense to non-Americans.

My admittedly suboptimal suggestion is to treat biscuits as a sort of master tag and use the other tags to disambiguate (either cookies or scones or possibly quickbreads). Obviously we won't expect everyone to tag their biscuits question as cookies when it applies, but that'll be a retag job for the editor; just add cookies, don't remove biscuits.

I know it's a giant bird's nest, and I'm open to other suggestions, but I fear this may be one of the few cases where we'll just have to live with the weirdness.

No. They're not equivalent terms in any either dialect

From a UK perspective: Both biscuit and cookie are commonly used terms, used to describe completely separate categories of baked good. 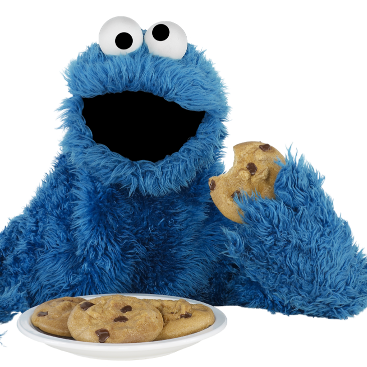 They're considered to be an entirely American invention, commonly available. A pleasant and welcome guest for sure, but not biscuits.

And these are biscuits: 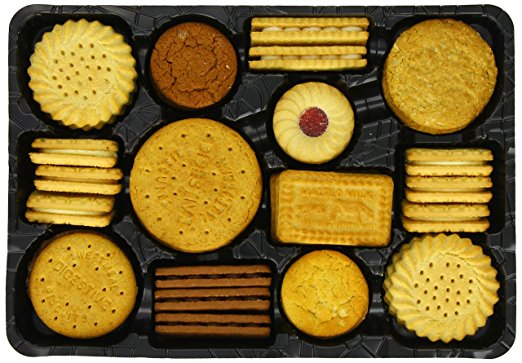 They come in a very wide variety of sized, shapes, flavours etc. There's a certain amount of "I know it when I see it" in defining the difference (particularly as I'm just not that good at baking). Generally though, biscuits are smaller, have a denser crumb, are shelf-stable for years* and can be dipped in a cup of tea**.

*Actually, they're almost never eaten fresh. Cookies are available in any fresh-baked section, but never biscuits. **This isn't a joke, it's an extremely important consideration. 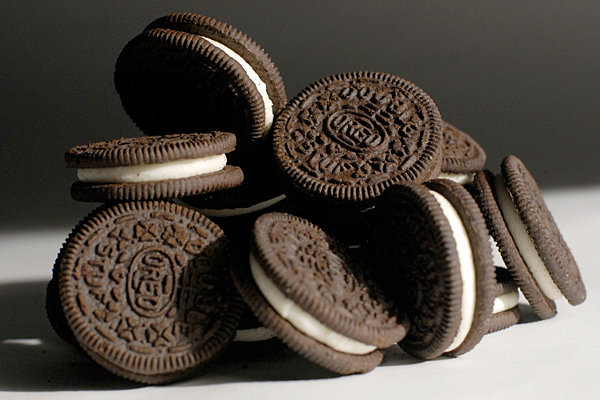 You see, it's not quite right to say that the US doesn't have any biscuits(UK), it's that there's so few varieties available that they get lumped in with cookies. From what I can tell (though I've never had them), "Girl Scout Cookies" also fit into the biscuit(UK) category. The funny thing about Oreos is that they're made by NaBisCo - aka. the National Biscuit Company. This gives us a clue about how the word "Biscuit" was previously used in the US - that the term was used in exactly the same way as it's used in the UK (at least in New England) up to about 80-100 years ago.

So what about Bisucits(US)? As tempted as I am to call them scones, I have to admit that's just me being lazy. It's worth noting that because such a variety of savoury scones are common in the UK that a biscuit(US) is closer to being properly categorised as a scone in the UK than the US. There are still significant differences in recipe and method; close isn't close enough.

I hope I've made it clear that we're dealing with four separate categories here (cookies, scones, biscuits(UK) and biscuits(US)).

You can see from this that a British person shouldn't be in any way upset by a cookie question being tagged "Cookies" and not as "Biscuits". Issues should only arise when someone tags a question about biscuits(UK) as "cookies". As Bisucits(UK) are so rare in North America, this shouldn't really happen much anyway. This is its as far as the question asked by the OP goes

This is much more problematic when not talking about cookies: ...but that's not the question being asked and should be treated as a separate can of worms. I hope this helped.

ps. if someone who is better at baking would like to give a more technical description of the differences between cookies and biscuits(UK), that would be very welcome.

We are tasked by our overlords to use the US terms when tagging.

For bodies, no. For tags, US-English.

As such, we should use the cookies for all questions about things considered to be cookies in the US:

Questions about preparing, baking and troubleshooting any cookies (also known as biscuits). Cookies are flat baked sweets which are usually small enough to be hand-held.

The tag biscuits should only be used for the US savory bread.

The often-savory quick bread that is common in the US, similar to a scone (UK). For the sweet dessert or snack, use "cookie". For digestive biscuits, use "digestive-biscuits".

This is already active and implemented on the site and is noted in the description for the biscuits tag, as seen above.

Not the answer you're looking for? Browse other questions tagged discussion tagging questions .

3
We need to make our tags consistant by picking a country's terminology to use for them
9
Tag policy for regionally-ambiguous food names?

2
How should we tag questions about specific techniques?
0
How should we tag questions about ethnic cooking?
3
Retagging Recap
3
Should there be separate tags for [bread] and [breadmaking]?
9
Tag policy for regionally-ambiguous food names?
3
We need to make our tags consistant by picking a country's terminology to use for them
5
Should we combine or totally separate the tags [salt] and [seasoning]?